Derek recently shared that he enrolled in Hope Builders to “show my family that I can become something, so that they can be proud of me.”
Growing up in Anaheim, Derek made choices he now regrets.

As a young child, his father was incarcerated and his mother struggled to support Derek and his three siblings. She later remarried a name that Derek looked up to. Tragically, when he was 15 his step-father passed away suddenly and Derek looked to the streets for a male role-model.

His choices over the next several years ultimately resulted in a four-year prison sentence. Upon his release, Derek struggled to find work until an opening came up at the clothing warehouse where his mother and sister work. At 25, he barely made minimum wage and knew he’d have to earn more to support his family. “My brother is in prison, so I’m the man of the house now.”

In 2015, Derek heard about Hope Builders from a friend who successfully completed its healthcare training program and eagerly applied to begin his career in the construction industry.

Since starting the program in October, Derek has been working hard and often stays after class to keep up with the coursework. “This program is no joke! The homework is hard and I can’t focus at home since I have to watch my 3-month old niece.”

After Hope Builders, Derek hopes to find a job in the construction field to help support his mother and siblings. He also plans to enroll in a local community college to study construction engineering.

“I’ve been out of prison for 3 years and never want to go back. I feel like I have a direction now. My family, classmates and the staff at Hope Builders are all supportive of my new goals. I know I will continue to make them all proud of me.” 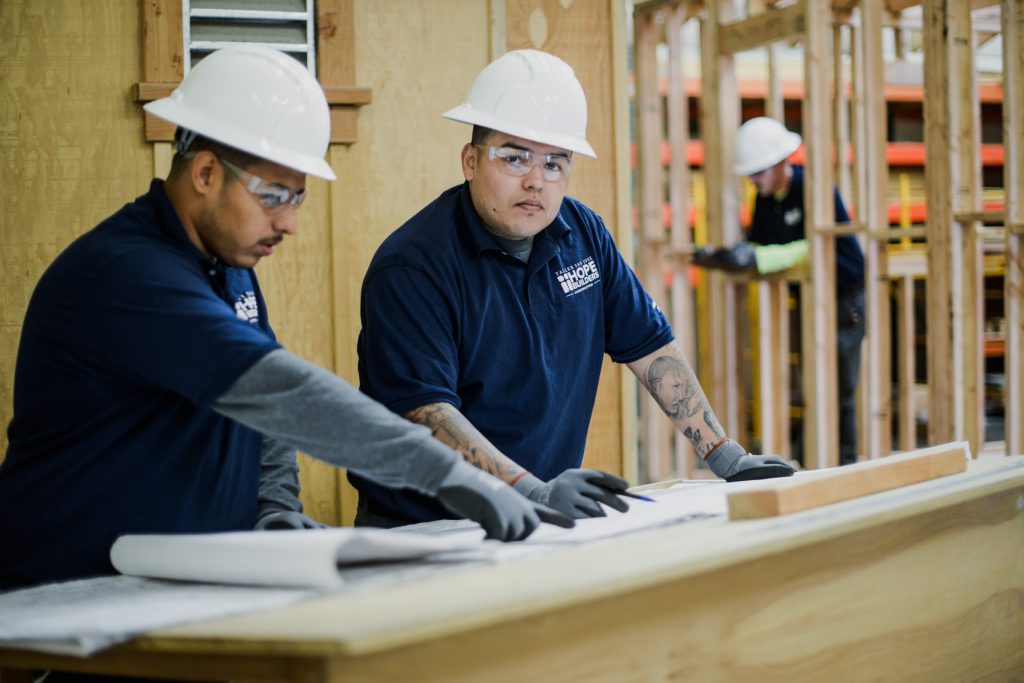