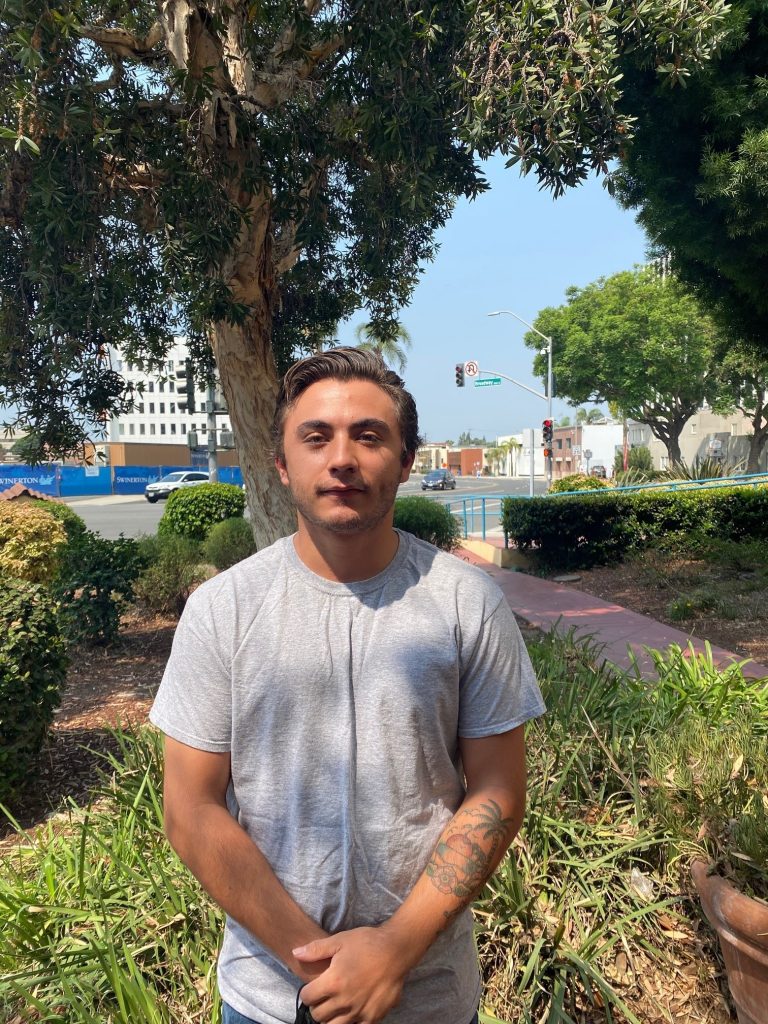 Mario may look familiar. Hope Builders recently featured him, highlighting his achievements with his employer, 24HRC. Today we’re celebrating another milestone—a promotion—and sharing the hard work he put in to get here.

In fall 2021, Mario enrolled in Hope Builders’ Construction Training Program hoping “to get back on track to have a successful future,” he recalls.  Mario describes his early years as, “a rough childhood that landed me in foster care from the ages of 11-18. I had always suppressed this trauma by trying to do good in school and staying out of trouble.” His hard work was rewarded with a full ride scholarship to university. However, at university Mario shares “I lost the structure and all the suppressed childhood trauma finally surfaced in a horrible way.”  Within two semesters he lost his scholarship and began working multiple jobs to get by.

After nearly eight months of living paycheck to paycheck, he knew he wanted to change his life. At 22, Mario took those first steps and enrolled in Hope Builders’ Construction Training Program.  He excelled in the hands-on learning environment and slowly began to trust his Hope Builders’ mentors as he learned new coping tools while processing his past to ensure his continued success.

Immediately following training completion, Mario was linked to Hope Builders Careers Connections, which connected him to employment as a Laborer with 24HRC, where he earned $17/hour with full benefits. In February his work ethic and skills earned him the distinction of employee of the month! Most recently, after only a few months on the job, he was promoted to Lead Tech and now earns $18/hour. Mario is on track to fulfill his goal of becoming a general contractor.

“Thank you! Hope Builders gave me the opportunity to set myself straight and turn my life around.” Please join us in congratulating Mario on his many accomplishments. Thanks to your support, we know he’s on track for a bright future!